The CODEX BRIXIANUS - the source document for the Large Parchment.

So i took a look. 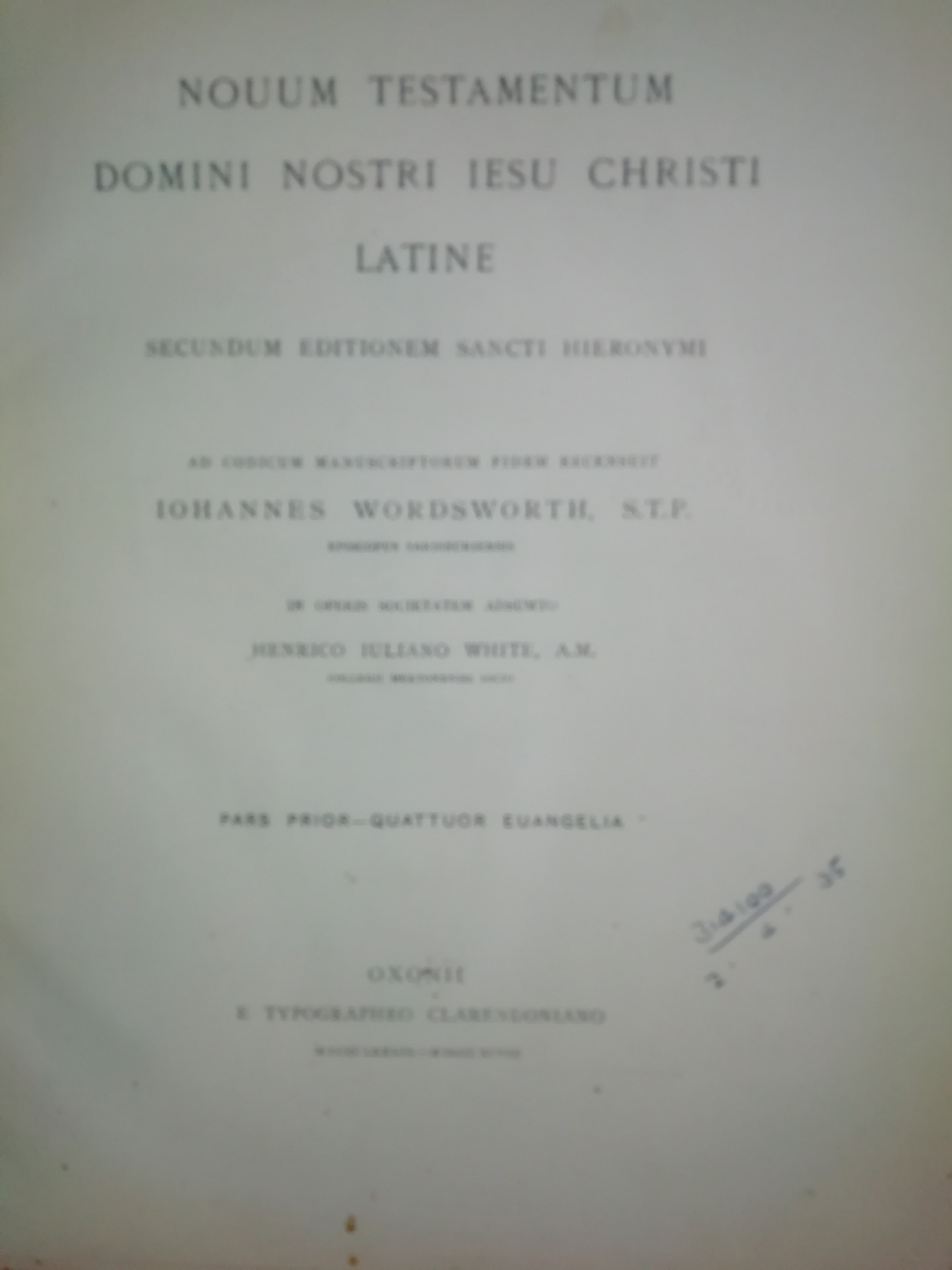 In this opus, the specific text of the Second Parchment John XII: 1-24 can only have been taken from this book because of the manuscript they were working from. And as you can see below Wordsworth & White used the Codex Brixianus for this text. 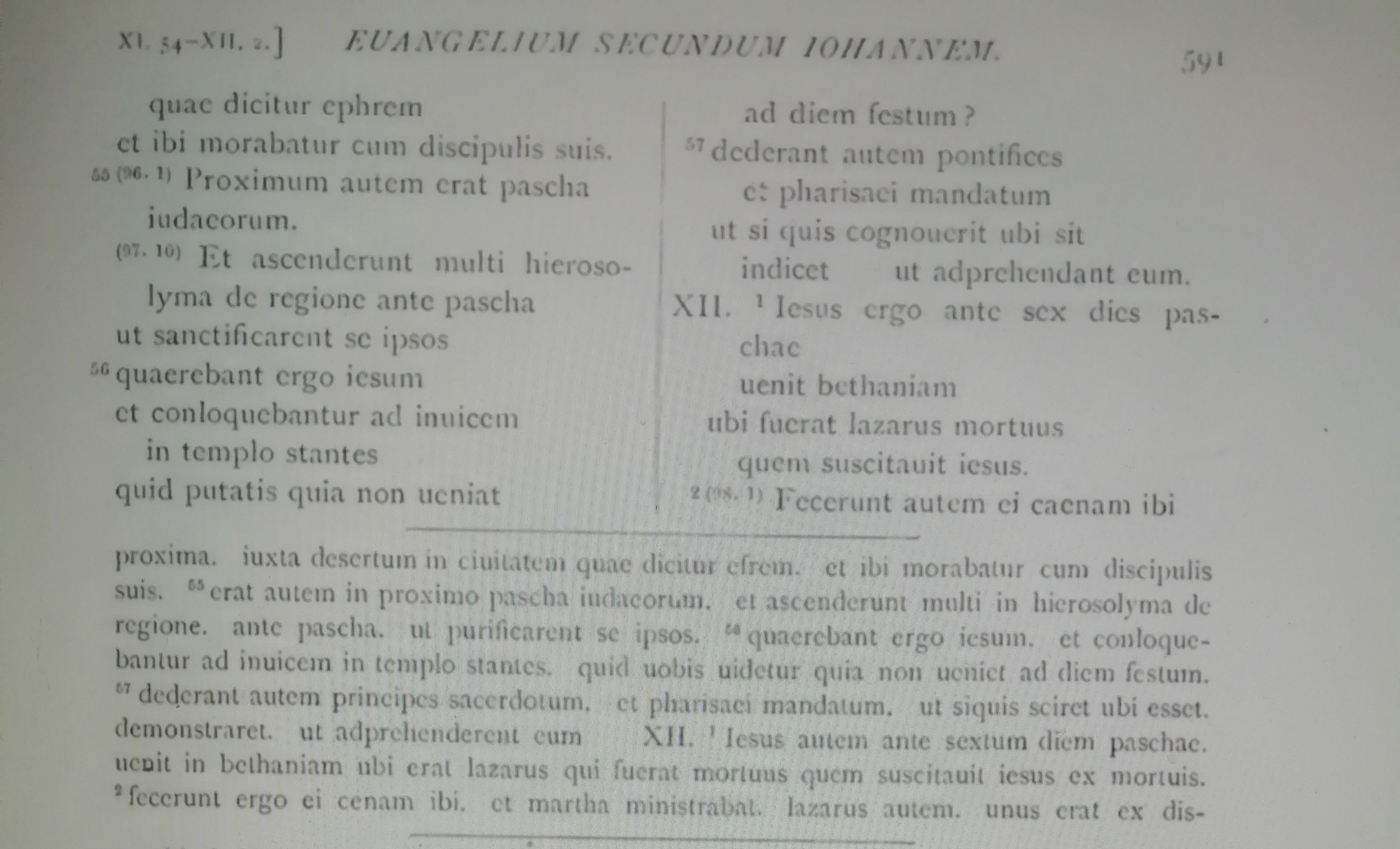 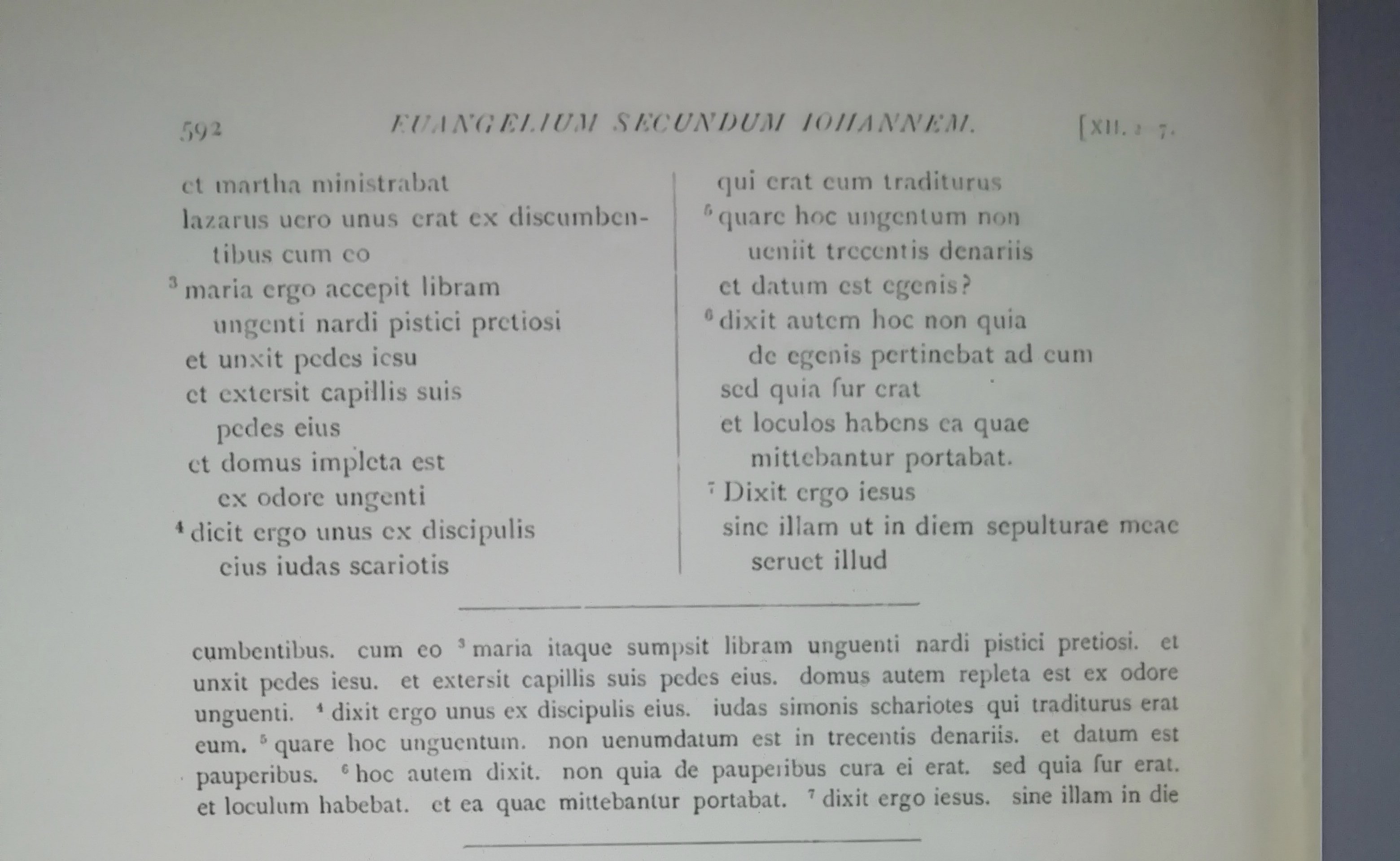 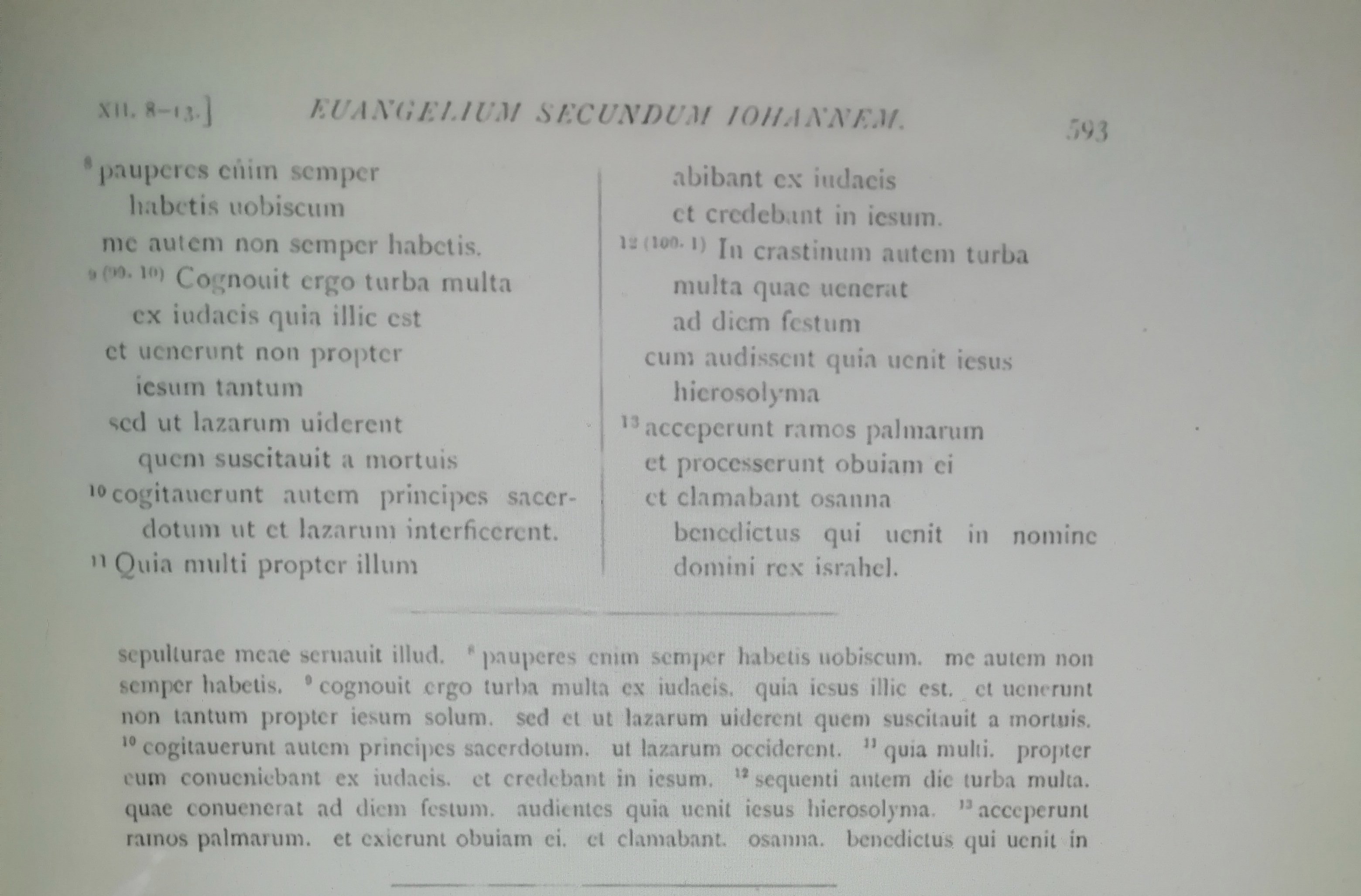 The Codex Brixianus, designated by f, is a 6th-century Latin Gospel Book which was probably produced in Italy.  The manuscript contains 419 folios. The text, written on purple dyed vellum in silver ink, is a version of the old Latin translation which seems to have been a source for the Gothic translation of Ulfilas.  The Codex is kept at Brescia, Biblioteca civica Queriniana s.n. and is thought to have been copied in the sixth century in North Italy, possibly Ravenna.

Here are some plates from the Codex; 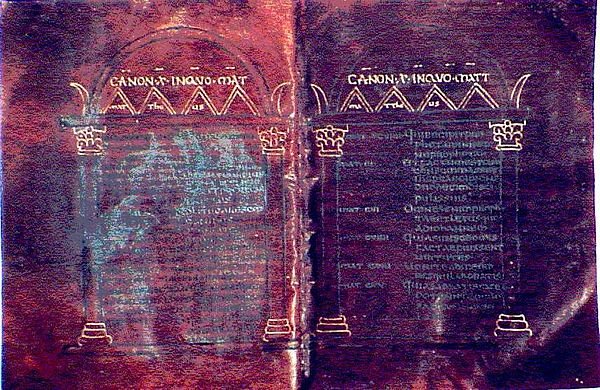 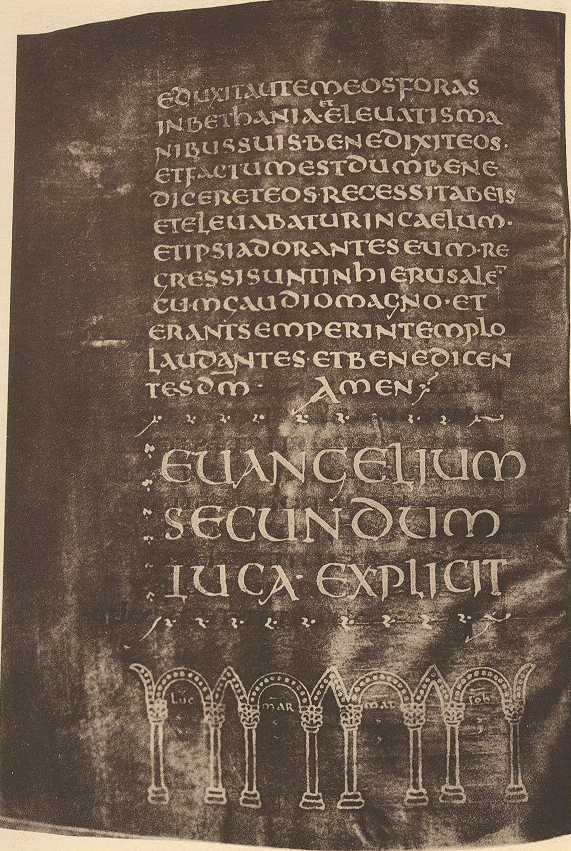 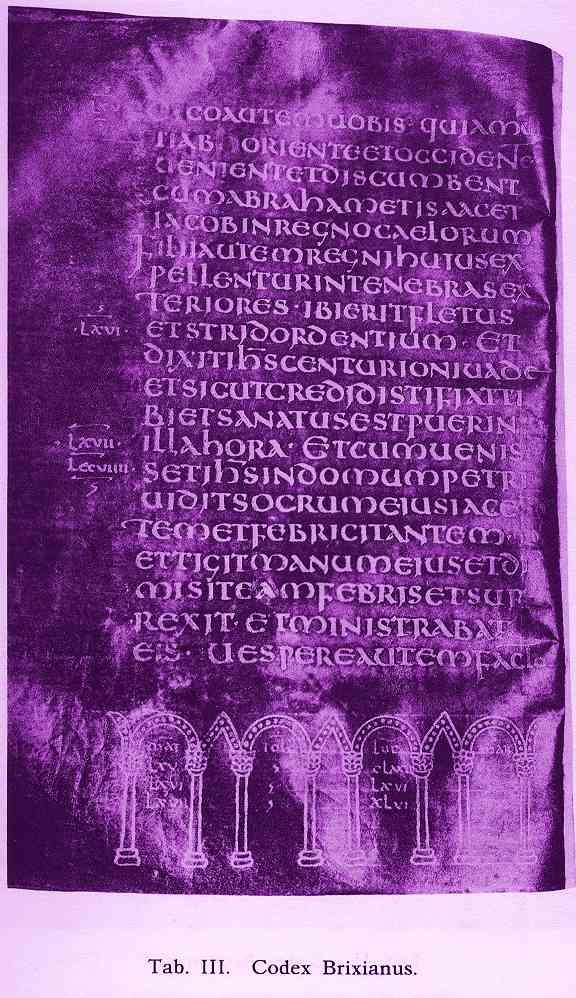 I suppose one could argue that Cherisey followed the general form of the text layout in Brixianus [as opposed to the First Parchment] for his Second Parchment viz; 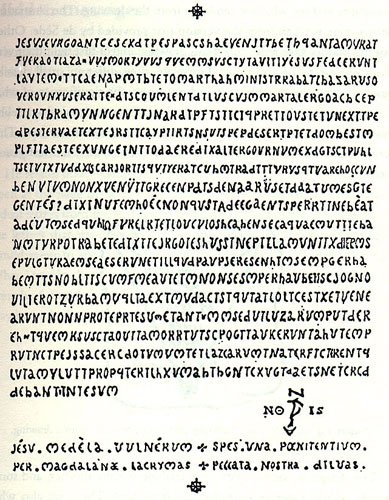 The text of the Chapter and Verse of John XII is as follows: 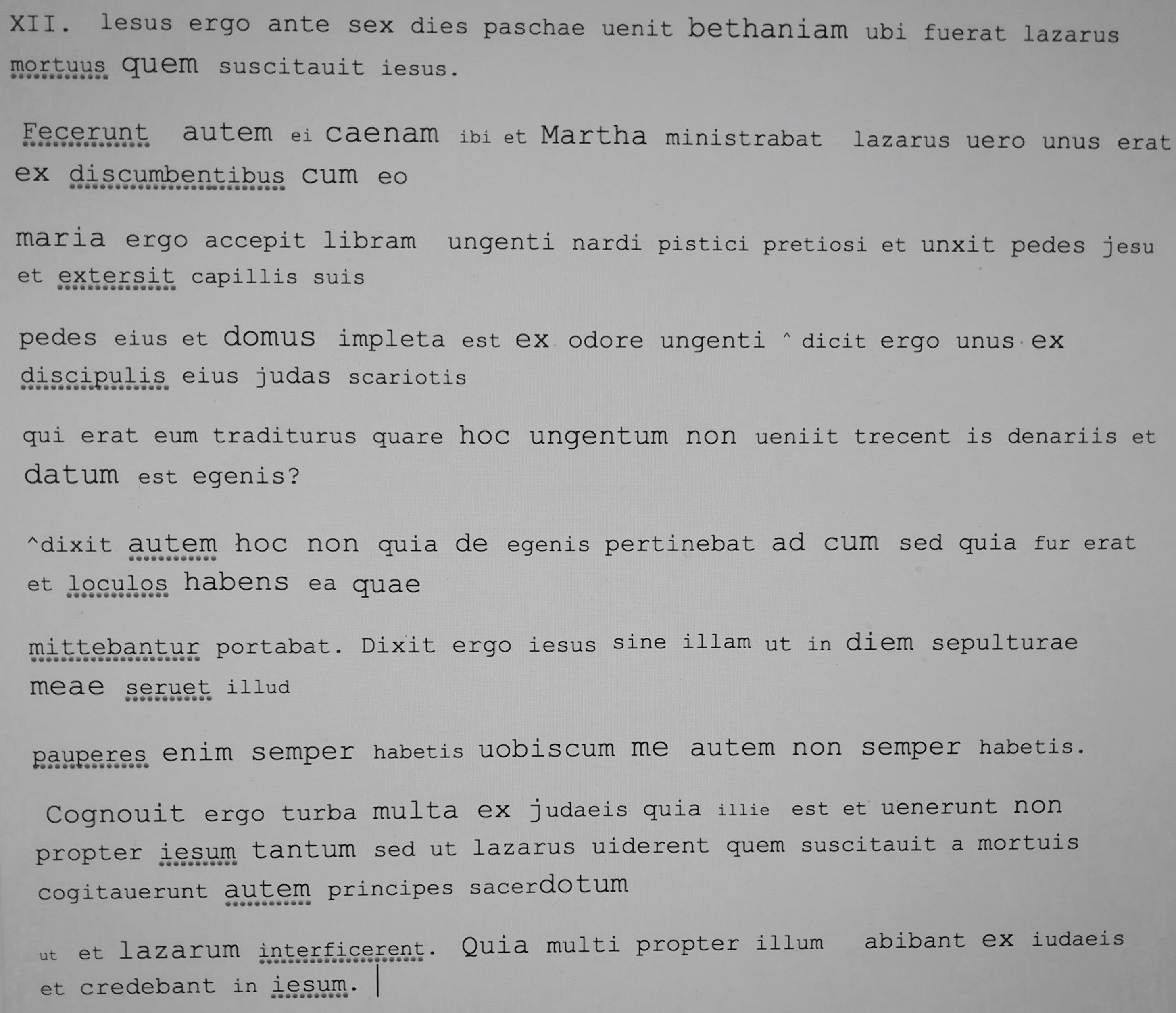 One could wonder if this Codex and it's history had some bearing on why it was chosen, as others have speculated for the First Parchment. Although i dont have the page of the Brixianus which shows John XII i think if Cherisey had to work from a manuscript to get the letters right, we can see above that certain letters do follow this Brixianus manuscript - such as the m, a and e.

However i doubt very much that Cherisey had access to this manuscript original. The common point would seem  be the dates. This is the same for  the source for the First Parchment - the Codex Bezae [a codex of the New Testament written in uncial hand on vellum]  both being Latin Gospel Books. These Vetus Latina ("Old Latin" in Latin) are Latin translations of biblical texts (both Old Testament and New Testament) that preceded the Vulgate [ the Vulgate is the Latin translation produced by Jerome in the late 4th century of the Bible).

Many of the texts that form part of the Vetus Latina were prepared on an ad hoc basis for the local use of Christian communities, to illuminate another Christian discourse or sermon, or as the Latin half of a diglot manuscript (e.g. Codex Bezae). Likewise, the various Vetus Latina translations reflect the various versions of the Septuagint circulating, with the African manuscripts (such as the Codex Bobiensis) preserving readings of the Western text-type, while readings in the European manuscripts are closer to the Byzantine text-type.

For the Brixianus some posit that it reflects the shape of Gothic letters.

The Gothic alphabet is an alphabet used for writing the "Gothic language" of Ulfilas, developed in the 4th century AD for the purpose of translating the Bible. The alphabet essentially uses Uncial script with a few additional letters to express Gothic phonology:

Uncial is a majuscule script (written entirely in capital letters) commonly used from the 4th to 8th centuries AD by Latin and Greek scribes. Uncial letters were used to write Greek and Latin, as well as vernacular languages such as Gothic and Coptic.

Below is the two texts used by Cherisey for both parchments then - the commonality being uncial letters of the 5th to 6th century.