Delacroix's Angel with an apple!

I note that Delacroix did intend to paint the theme of Adam & Eve expelled from Heaven/Paradise. This information came to light in 1997!

Expulsion of Adam and Eve

Gift of the Lannan Foundation in Honour of the Pelham Family"

"In 1849, Eugène Delacroix was commissioned to execute wall paintings for one of the nineteen chapels of the Church of Saint-Sulpice in Paris. The chapel was initially intended to be dedicated to the baptismal fonts. When, after three months of preparation, he learned that the theme had to be changed, Delacroix wrote, in a letter dated January 22, 1850, that "the just anger I felt left me stupefied." In its final form, the chapel celebrated the Holy Angels, but our drawing representing the expulsion of Adam and Eve from Paradise belongs to the initial theme"

In the present drawing, Adam and Eve, pursued by the angel, move forward together, hunched in shame and covering their genitalia. While Adam bows his head, Eve looks back perhaps attempting to appeal the terrible sentence. A sheet from the Louvre indicates the avenging angel on the left and may clarify the right-hand figure barely indicated in the Michigan drawings as an angel wielding a scythe.

Of the two similar drawings we know (the one at the Louvre and one at the Musée de Picardie, Amiens), neither has the inscriptions which are in the upper part of our drawing. Here Delacroix indicated architectural and landscape elements for the painting.

The composition of the drawing is based on that by the Italian painter, Cesare Cesari, known as Cavaliere d’Arpino, whose canvas was in the collection of the Louvre. In his version, Delacroix exchanged the two figures, bringing Eve closer to the threatening angel"

We can see from the letter notes above and the sketches below - that Delacroix did indeed intend to paint Adam & Eve expelled from Eden/Heaven carrying an apple. You can quite clearly see this depicted with the letter A in the angels hand, looking remarkably similar to an apple. Would it have been blue? 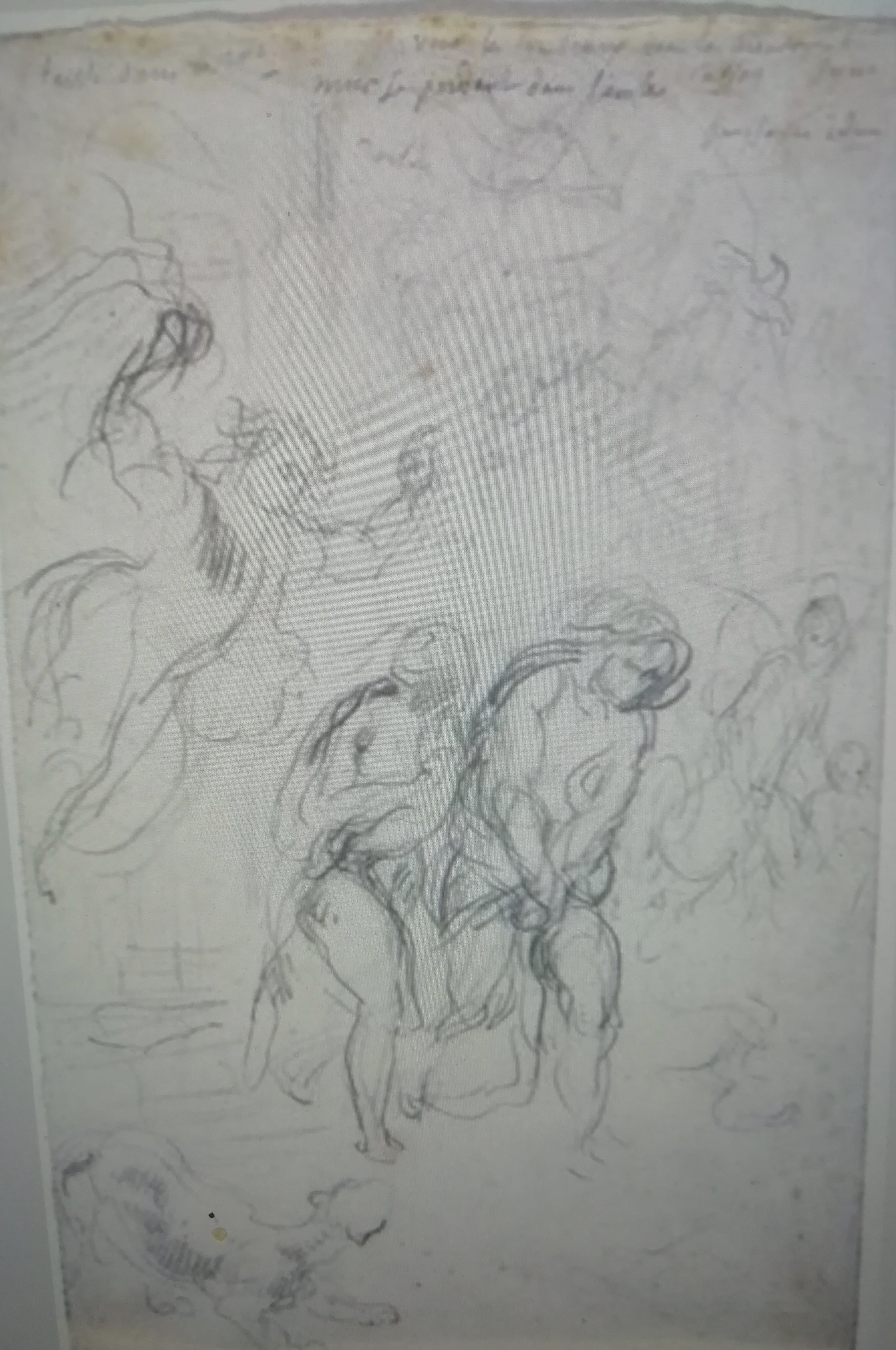 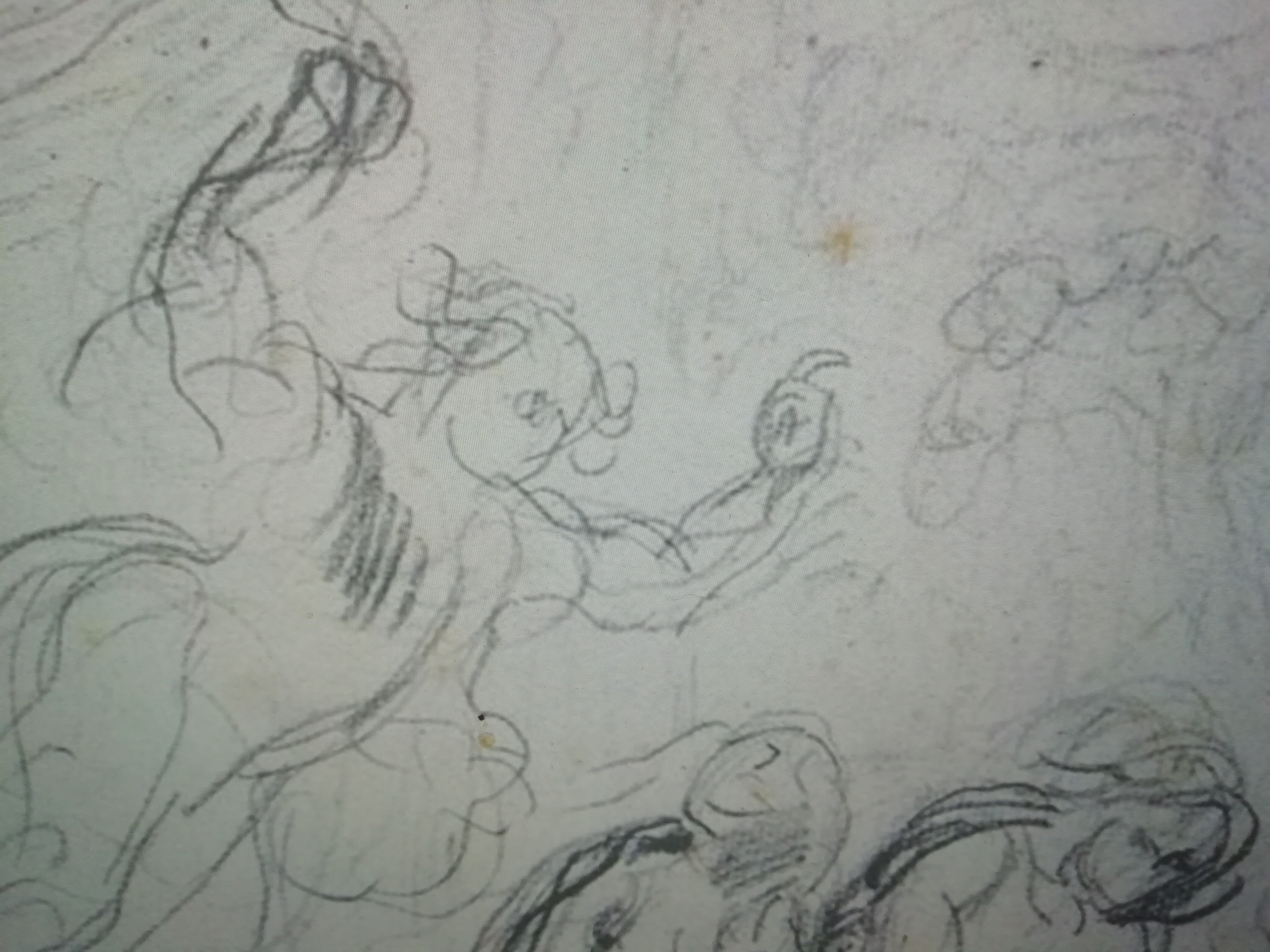 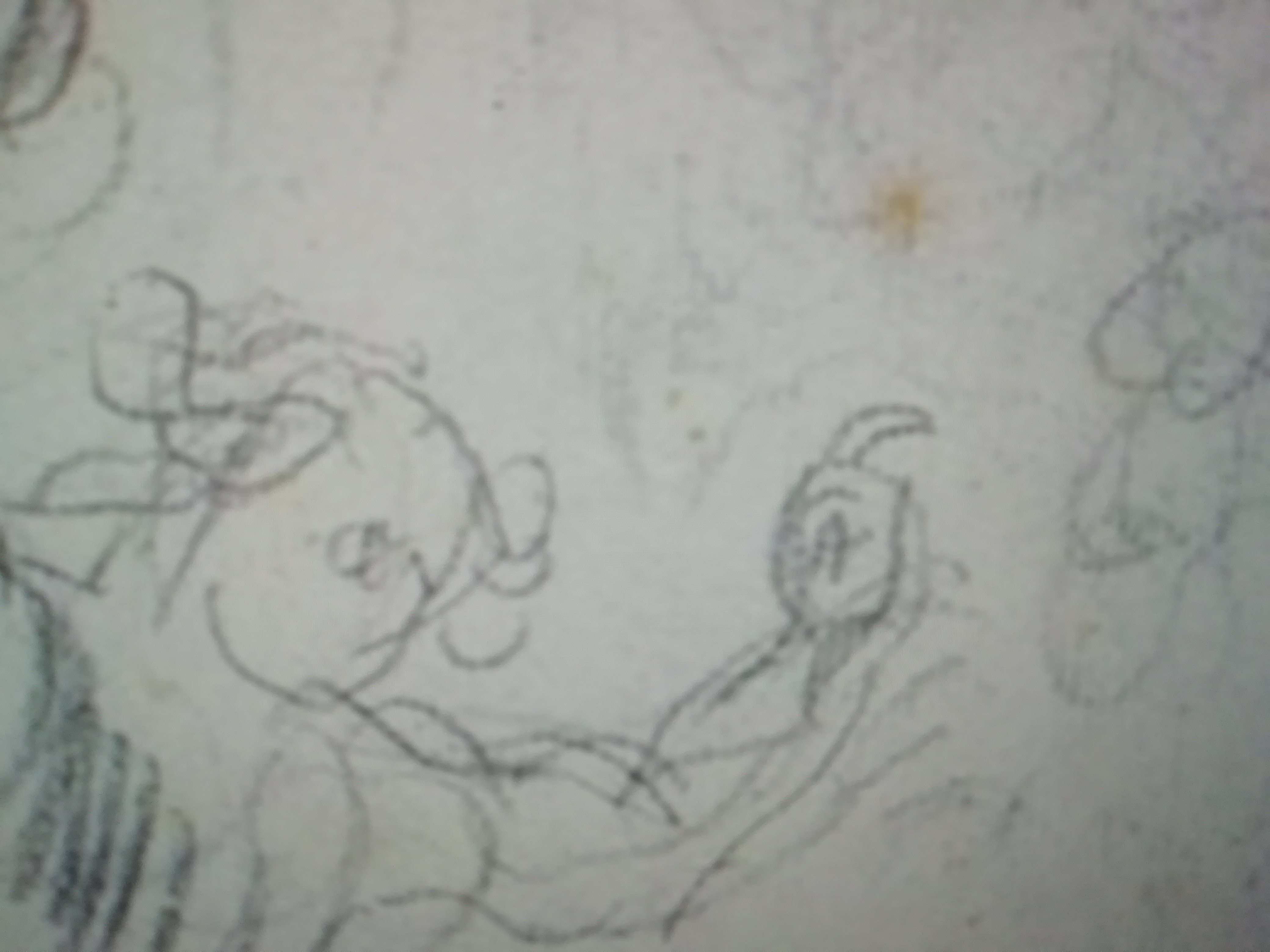