A new book to come out within the next month ... 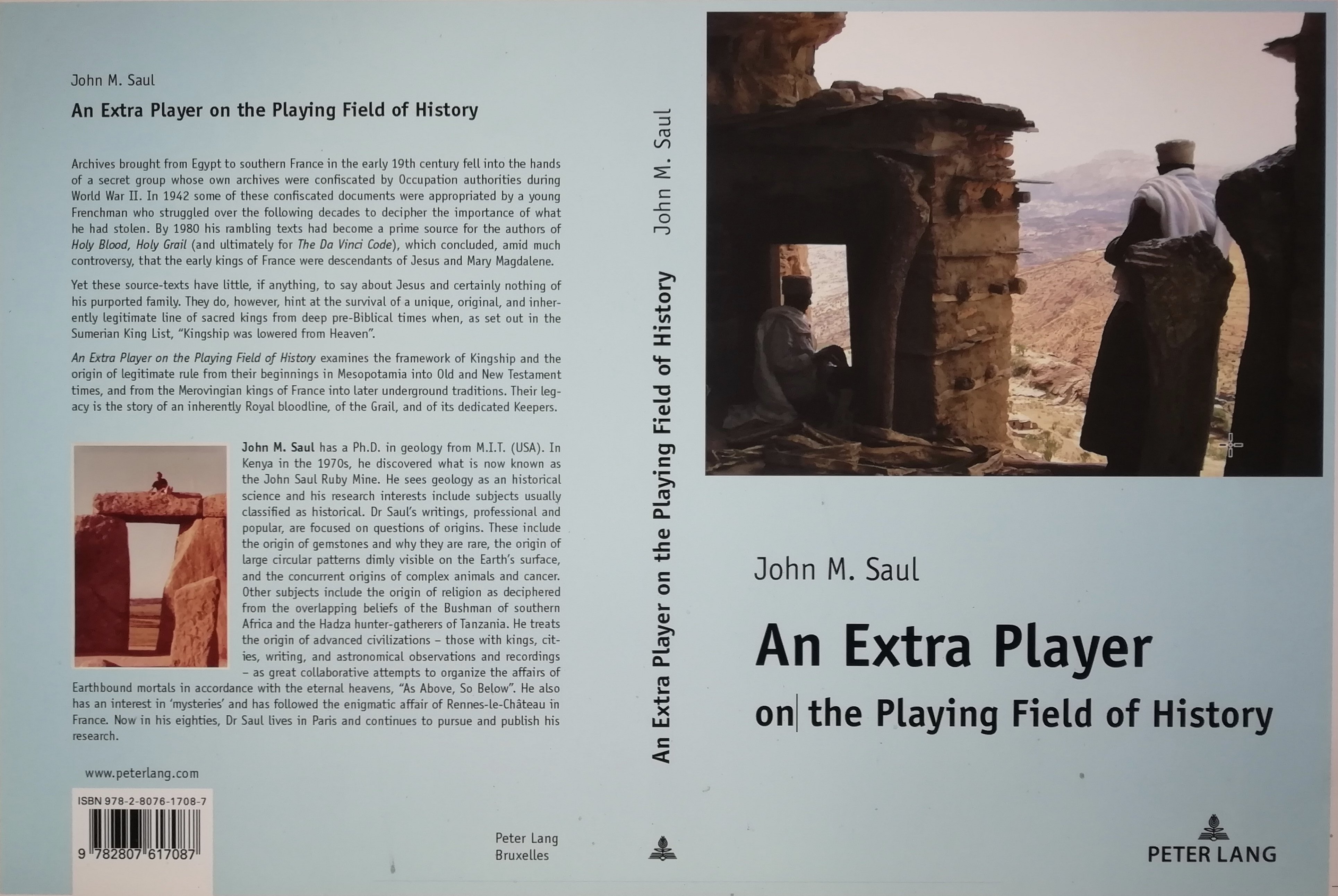 Cuneiform tablets from Mesopotamia tell of a time when “Kingship was lowered from Heaven”. The original king and his line were inherently legitimate because they provided a convincing strategy for the attainment of immortality. The fate of this line, also known as the Grail, is unclear. The Extra Player in the title of this work is the phantom and the fear by later rulers of possible descendants of the “real” king.
Light was thrown on such matters after a hoard of documents was brought to France following Bonaparte's Egyptian Campaign, 1798–1801. These came into the possession of a secretive group, some of whose archives, dating to the 19th century, surfaced in the 1940s during the Occupation of Paris. Two decades later, a person who had seen part of the archive, speculated that it would address “the great Question of Origins”. Several more decades, and several misunderstandings later, the same materials would provide the ultimate inspiration for The Da Vinci Code.