A proliferation of Priory of Sion Secret Societies ......

It has come to my attention about proliferating Priory of Sion so called Secret Societies!!

To some - this may be evidence of a war of bogus Societies warring against one 'true' group. To others, it is evidence of anonymous groups of - swindlers - for all we know. And that is because none of them are ever upfront, none of the creators are visible, none of them 'stand up to be counted'. They ask people to join - and expect the joinee's to hand over all manner of personal details, but to whom? To invisible people they don't know?

It seems all a very big con.

Who are these people who hide behind this 'group'? Laudable aims - but why all the shenanigans and secrecy?

To study with them one must "If a postulant, (Latin; the one who asks) fulfils our strict criteria; they may then embark on a dedicated programme of study,"

It suddenly occurred to me - firstly, the very act of 'asking' suggests that the person asking is some kind of lower being or servant [this Priory would probably argue that this was an internal negativity i have created from my own psyche] and secondly, who is this Group who decide what 'strict criteria' people must pass .... so in fact judging people  - why don't they give their information freely and let people decide for themselves. Probably a casr of do now throw pearls to swine!

What exactly do they think we want to learn from them?

They write "The raison de etre of the Priory is to assist the genuine Grail seeker to reintegrate themselves with God through “truth” and spiritual practice, assisted by the secret inner teachings of Jesus".

If one wants to 're-integrate themselves with God through truth' one can certainly do this without this alleged Priory of Sion! If you make it as a member you will be 'assisted by the inner teachings of Jesus'?

My view is you can learn this independently. You don't need the help of a secret society. One can do this perfectly by studying theology and learning Greek!

They write that their group is; "a sublime spiritual Order which illuminates “truth” found in the New Testament, and the Gnostic gospels leading to enlightenment through various mystical alchemical practices such as Stellar-alchemy, transmitted in secret from Arabia and Africa. The Gospel of John, The book of Revelation and Gnostic gospels are perhaps the most relevant texts to the Priory of Sion. Some of these gnostic texts were extant in medieval Europe and rose to prominence in the Renaissance period held by factions of the Priory including the Masonic Rite of Strict Observance. The Gospel of Philip, has and still is a major work for the sincere Adept of Sion, popularised by the largely fictitious, though highly successful book and film “The Da Vinchi code” written by Dan Brown."

I can tell you that you will get closer to the historical Jesus by studying seriously theology. Reading history. Reading manuscripts that are all available on line via Museums. That is the gold, the treasure, the 'truth'.

People who know me will know i have always had an issue with the games, the 'hiding behind the scenes' and pathetic shenanigans of various groups. Fake vacuous names they give each other! I suppose it is a reflection of their human nature. I don't criticise it per se - but i do criticise the dishonesty and fakery and ridiculousness of how they go about their 'work'.

If you want people genuinely to learn and find the truth - if you have it - you will put it out there and come what may.

The more i see of it all the proliferations the more respect i have for Pierre Plantard and Philippe de Cherisey. Why? Because they put their information out there - such as it was - that they felt was relevant - freely and to let people decide. Let people search. The two of them continue to be rubbished rather slanderoulsy in my opinion and yet no-one seems to be standing up for their integrity!

For a new group promoting study of strict levels they cant even be bothered to reference properly vis:

"The Priory of Sion´s (Rectified) oldest rituals derive from the Essenes, combined with various ancient spiritual alchemical traditions. As Sion evolved throughout the centuries it included additional Alchemy practises, and has been influenced no doubt by the Merovingians. We hold a number of original ancient texts in our archive, some are unpublished.

References? Show me the path through history that supports the above statement! 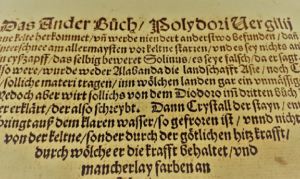 An example of an unpublished German alchemy text, circa mid 16th C, disclosing “alchemy of Fire and water” amongst other knowledge, held in the archives of the Priory of Sion (Rectified). 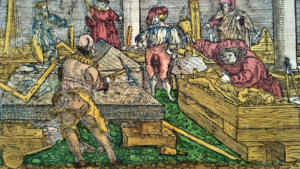 But to be fair - most players don't bother to reference properly and talk in vague notions and don't tell the truth for the sake of the truth. But like i said, human nature. But it is so tiresome!

And finally in one small paragraph of the above  groups' so called rituals they write about their rituals being based on the Essenes, alchemy, Merovingians -  with no proof whatsoever that these groups did what they are claiming. It is easy to search about the Merovingians, and fascinating it is too. But that is a proper search through history about how they lived, which is not fakery.

And these groups think we will just accept this TOSH on the appearance of a web site.  An anonymous website to boot.

Sometimes i really do despair!