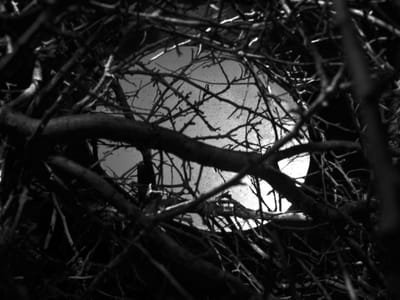 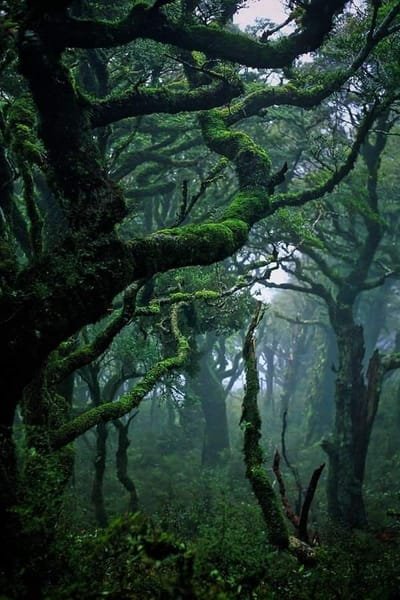 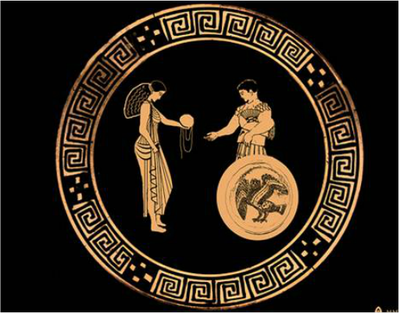 If you set out on a quest for the truth about the Rennes-le-Château Affair be warned - it will be a long and arduous journey. The poet in Le Serpent Rouge implied as much, writing that this quest would require discipline and dedication. It will even take on a moral and spiritual significance for some, a pilgrimage if you will. It could mirror the medieval quest for the Holy Grail or Philosopher's Stone. One ancient philosopher - Fontanelle - said that in respect of the quest for the Philosophers stone;

"It is true that one cannot find the philosopher's stone, but it is good to look for it. For in that search, there are beautiful secrets to discover....".

One might as well substitute the term 'philosophers stone' for 'mystery of Rennes-le-Château' and realise that it is good to look for in that search, there are beautiful secrets to discover!

In the quest you must endeavour to  "... clear a path with a sword through .... the inextricable vegetation of the woods ...", suggesting a physical landscape but there is also a mental landscape to be conquered, for this can snare you just as much as any physical vegetation! These landscapes are like a maze of complicated clues. You need to find a route through from start to finish - even though the pathways in the maze can change or be dead-ends, exactly like the quest for the mystery of the Two Rennes!

The LSR poet is suggesting with his analogies that this quest will feel like you are constantly fighting a way through a densely wooded forest, trapped by thorny plants and bogged down by that impenetrable vegetation! The myriad of clues and information will overload your brain! The inextricable vegetation allusion drums it home to us -  the clues are virtually impassable - like a fortress that has foiled one invader after another over hundreds of centuries! Any journey made and information learned, will remain difficult to untie like gnarled branches:  so involved and so intricate it may even be too complicated to unravel for some. The poet is describing the strength and resilience required of the [re]searcher. The clues are indeed incapable of being disentangled unless you have the Ariadne thread of Rennes!

Start with knowing what the term "Ariadne's thread" means. It is often used with another term - "trial and error" - and one has to differentiate between the two approaches. For example, the scientific method is trial and error; but puzzle-solving is actually Ariadnes thread. Trial-and-error approaches are rarely concerned with how many solutions may exist to a problem and often assume only one correct solution exists. Ariadne's thread makes no such assumption and is capable of locating all possible solutions to a situation.

And what is the Ariadne thread of Rennes? The LSR poet confirms that it is the parchments designed by his Friend. Thus, for our purposes here, one must approach the Parchments like solving a puzzle! The puzzle-solver is expected to put the puzzle pieces together in a logical way, in order to arrive at the correct solution. The [re]searcher will need to ponder over the problem - using reasoning or study. Once you adopt the correct approach and mind-set and if you make it through - according to our poet - you will have reached the residence of the Sleeping BEAUTY - in whom he saw the QUEEN of a past realm. You will experience 'a sweet perfume rising towards you as it permeates the sepulchre"!  You are therefore inside a very important tomb for the poet! This concealed and sacred knowledge about Rennes is certainly not to be violated, criticised, or tampered with!

Like Theseus, the searcher should follow the thread that is the guide that will help keep you on the correct path and escape the confusion. Use the clews to create  and maintain a record that tracks all the avenues available to you to explore and to solve. This will allow you to backtrack — reversing earlier decisions and trying alternatives. In this way you will cut through all the mystification and false trails deliberately laid to throw you off track.

You will do well to remember the admonishment given to us by Philippe de Chérisey, our Ariadne. He wrote;

"Dear Reader, to whom we tell everything, but who does not listen".

There are clews/clues which point the way - but some may be heard rather than 'read'. Remember the phonetic play on the word clew/clue - for this is also part of Ariadne's thread. It is the langue des oiseaux - the secret language used by Boudet and Chérisey! One can then utilise and encode a very different message!

Read HERE to 'see' this in action!

Chérisey tells us "every precaution has been taken for thousands of years so that the treasure location is very obvious and very mundane at the same time, recognisable through a great number of landmarks, for which the reader will be thankful to us since we gave him the main ones". Chérisey includes those markers that have gone before but lead nowhere! Use intuition and intelligence to know which information is useful and which is not!

In 1618 Johann Valentin Andreae compared the Rosicrucian group to a world amphitheatre where no one or anything was being seen in their true light and he used the phrase "the ludibrium of the fictitious Rosicrucian Fraternity" when describing the Rosicrucian Order. Historians have taken Andreae at his word and suggested that when Andreae talked of a ludibrium he had implied something more like a  "Comedy", a dramatic allegory played out in a political domain rather than a joke!  An allegory is a “story, picture, or other piece of art that uses symbols to convey a hidden or ulterior meaning, typically a moral or political one.” In its most simple and concise definition, an allegory is when a piece of visual or narrative media uses one thing to “stand in for” a different, hidden idea.

It’s a little bit like an algebraic equation, like y = 2x, but in the form of art.

Were Plantard and Chérisey playing out their own allegory of the ludibrium of the fictitious Priory of Sion in the way Andreae meant? Was there more to the 'story' of Saunière and the events surrounding him? Has he yet to be seen in his 'true light'? Did they adopt allegorical text and prose and other pieces of visual or narrative media to “stand in for” a different, hidden idea? This most certainly can be demonstrated.

This view would support the idea that the whole affair is not a 'hoax' as Chérisey often claimed. Plantard and Chérisey were not poking fun at us nor playing a game, their ludibrium was not for fun, scorn and derision. They were attempting to pass on knowledge & searching for more information themselves. It was and is for those who have eyes to see and ears to hear .....

As for my part I am convinced that there is yet a material archaeological treasure in Rennes-le-Château or more precisely Rennes-les-Bains, perhaps as Gérard de Sède claimed, an inexhaustible mine that has not given up its secrets or perhaps a mysterious buried tomb in a vast necropolis. Or perhaps a vast underground Temple waiting to be discovered! Or perhaps some other indispensable knowledge that - as Marie Dénarnaud said to Noël Corbu - could make one 'powerful'!

We therefore invite you to rediscover with a fresh eye the mystery of Rennes-le-Château!